Yesterday at church felt like a party! We had a “Ministry Fair” that displayed near all of the ministries Providence UMC does. We started a new series (“Won’t You Be My Neighbor”) in The Net. We had a “children’s moment” where young ones were directly engaged and involved in the service for the first time since I’ve been here. There was a buzz, an energy that should be the norm in church. (Shameless plug: come join us this week at 11am at Providence UMC in The Net or the Traditional service!)

In the new series we started that is borrowing a lot from Mr. Rogers, I preached on Luke 10:25-37 where Jesus tells the story of “The Good Samaritan.” The reason Jesus tells this story is because a “religion scholar” was trying to trip him up and asked him to define “neighbor.” Jesus answers this by demonstrating what a neighbor does: they inconvenience themselves for the sake of a stranger; they care deeply enough to put differences aside and help when someone is in need; they don’t let time or money or any other resource come in between lending a helping hand.

While I could reflect on the sermon, I’ll let you check that out for yourself if you’d like (click here). Instead, I want to reflect on the way the whole community of Providence UMC acted like a neighborhood yesterday.

From the moment I walked into church yesterday morning, there was an extra energy in the building. People were excited to show off the ministries that are happening and there was a sense of hope that more folks might get involved in these ministries.

In The Net, the tireless work of a small group of volunteers created a set that looked like a living room, that felt inviting, that felt like home. Our new Production Leader created a video that kicked off the series and from the first moment ushered us into a shared space.

Then the children’s moment… Gosh, this was something so beautiful that I really do hope you check it out online (use the link above). The kiddos were engaged, excited and energetic. They showed wisdom beyond their years. They were fully committed and present to that time with God and each other. They listened to a parable from the Bible and responded in ways that blew me away. We prayed together and their soft, warm voices in unison nearly moved me to tears.

I hope I’ve conveyed the sense of belonging that was present across Providence yesterday. It may have been one of those days where “you had to be there” to fully get it, but it was a lesson for me that I hope I never forget. You see, I was trying to preach and use fun stories and well-crafted words to talk about being a neighbor, but the church lived it! We shared coffee and cookies, we sang and prayed, we listened and responded… We acted like neighbors should — deeply committed and concerned for those around us.

In the story of the “Good Samaritan” Jesus tells in Luke 10, he instructs us to “Go and do the same” (v. 37). Before I could implore us to do that yesterday, it had already begun. But don’t let it be limited to Sunday mornings. Don’t let our neighborly love and compassion be limited to those who worship with you, look like you, think like you. Go and do the same Monday through Saturday. Listen deeply to your next door neighbor, your co-worker, your classmate. Open yourself enough to be filled with compassion and then act on it. And for those who seem hardest to love, get closer. Brene Brown in her book, Braving the Wilderness, writes about how people are hard to hate up close, so move in!

One of the most basic human needs that is shared across time and place is the need to belong. A neighborhood is a place where each one belongs. Not just because we all happened to be living in houses nearby, but because we care enough to notice the good and bad moments of each others’ lives. We take time to knock down walls instead of build them up.

I know this is long(ish), so I’ll end by sharing part of a poem by Robert Frost. That famous sentiment, “good fences make good neighbors” comes from this poem “Mending Fences,” but it’s so often misunderstood. May we all hear this prayer and be moved to build bridges instead of walls. Because behind every good wall that we’ve built up is another human being who is waiting — just like us — to hear the message of their worthiness, their acceptability. When we invite someone to be more than just a person who lives by us, but instead a member of our tribe, we become full of compassion, we become full of care. We get up close and find that our hearts somehow, someway, have fallen out of our chests and ended up intertwined with the person who was behind that wall.

He only says, ‘Good fences make good neighbors.’
Spring is the mischief in me, and I wonder
If I could put a notion in his head:
‘Why do they make good neighbors? Isn’t it
Where there are cows? But here there are no cows.
Before I built a wall I’d ask to know
What I was walling in or walling out,
And to whom I was like to give offense.
Something there is that doesn’t love a wall,
That wants it down.’ 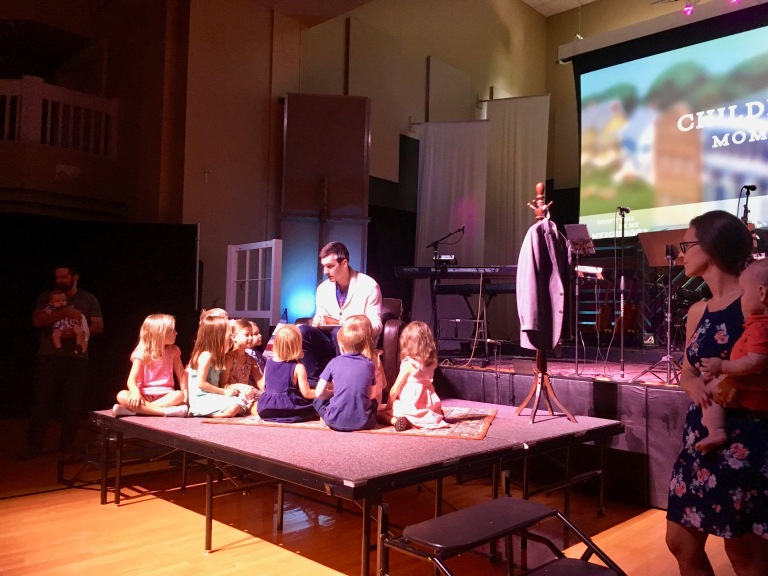